Gamedev includes a lot of fun activities, such as messing with physics, making lasers go pew and making stuff explode. However, there is also a lot of dry stuff that you have to take care of. And I'm taking care of that stuff right now, because...well, because I'll have to eventually!

First of all, I've modified the menus a bit. So far I've been using my own solution to create menus, and while it was a bit hacky, it worked pretty well. However, then I stumbled across a helper library called djFlixel which had a much better menu system than my mess of code. It even allowed for submenus, which I wanted to make the main menu of _Go! Go! PogoGirl_ less cluttered! So after a bit of fiddling, I implemented djFlixel into my project and ended up with more polished menus. I've also added the option to turn the music and sound of the game on and off in the pause menu.

Secondly, I've improved the HUD of the game. I replaced the text with icons to make the whole thing look less like a placeholder (which it was). Icons are also just easier to understand and don't require localization. To be fair, my HUD is very simple, but it's still important that it's easy to read and not intrusive. To aid with that latter part, I've made the gem icons in the HUD smaller than the actual gems in the game to prevent confusion. Wouldn't want someone to think they found a hidden gem when it was just the HUD. 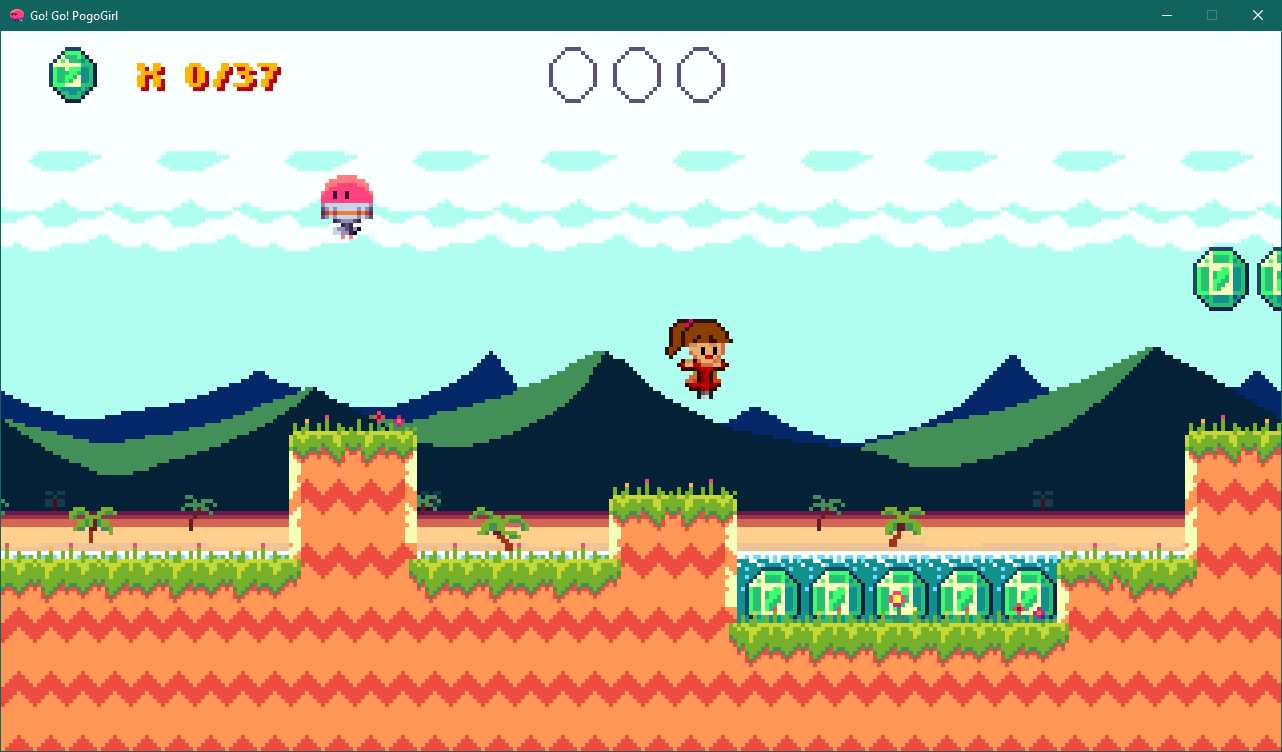 Finally, I've implemented the goal screen that I was talking about last time! When you finish a level, you're now greeted by a screen that shows you what goals you've achieved. Each goal awards you with a PogoMedal and if you've collected all three...nothing happens, because I haven't implemented that yet. But something will happen and it might even be kinda neat!

That's a chunk of the boring stuff taken care of. To be fair, the goal screen wasn't actually that boring, but it's still fiddly and surprisingly difficult to make it look right, let alone good. Next I'll move back to the actual gameplay a bit, because I've got powerups to implement... See you next time!

Go! Go! PogoGirl is powered by HaxeFlixel, an amazing and underrated framework. If you're interested in giving it a try, I've got a crash course tutorial on my website!