A game has many facets, and developing a game is like climbing a range of different mountains simultaneously. I've worked on several different things in the past few weeks---water effects, powerups, HUD elements---but there is one major aspect of the game that I haven't touched in quite a while.

Yeah, sometimes you get caught up in all the coding and designing and pixel arting that you forget about other major parts of the game. Now to be fair to myself, I didn't exactly _forget_ about making levels, I just didn't want to. Not because I dislike making levels; quite the opposite, in fact. But rather because my setup wasn't really up to snuff.

You see, I'm making my levels in Tiled. Here's what that looked like so far: 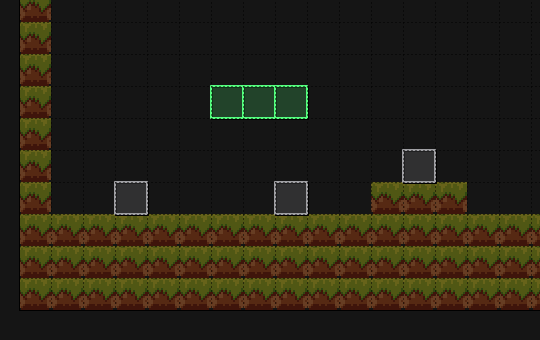 All those boxes are entities. Which entities, you ask? I don't know. The greenish ones are gems, I can tell you that much. I don't remember the other ones.

And that's the problem. Making levels like that isn't fun. It's also hard.

This isn't Tiled's fault, obviously. You can set it up to actually use sprites/tiles for entities...I just never really knew about that until now. You see, I hacked together a system for [Magnet Man Adventures](/game/magnet-man-adventures/) to import Tiled levels in my game, and then I never really touched it again. And working like this was fine for games like [[Speer]](/game/speer/), which had non-scrolling levels. But making big platformer levels with abstract boxes just doesn't work.

So I spent a couple days on reworking the entire system. And now building a level looks like this: 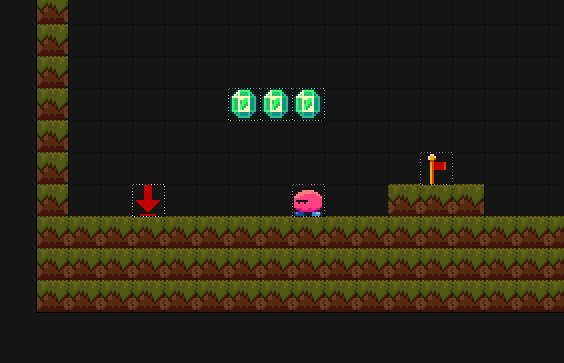 Changing it to this wasn't as easy as you might think. I ran into lots of issues due to my old setup. First, I had trouble with paths, as Tiled uses relative paths, which didn't gel well with the way I had my project folder set up. Then, I had a _lot_ of trouble figuring out the alignment/origins of entities. Things I'd place on the ground would suddenly spawn a tile higher in the game; or sometimes lower. No idea why.

Eventually I managed to sort it all out however, and now I can get back to making levels again! I'm happy about that, as I enjoy making levels. This just goes to show that having the right tools (properly set up) can vastly improve your quality of life. It's self-care for gamedev nerds.

So if you're struggling and wasting time with one of your tools or toolchains: Take a day to go over it, see what could be improved, then improve it. It might seem annoying, and implementing a cool feature in your game is definitely more fun, but you _will_ thank yourself afterwards. I certainly did.